Support and guidance throughout the project - Alternativ, Howden Belgium Skip to content

Alternativ commissioned by the insurance broker, Howden Belgium, to design and fit out its new offices.

Finding itself too cramped in its old offices in Meise, Howden Belgium decided to invest in 250 m2 of new offices in Zaventem to accommodate its current 12 employees and managers, as well as to provide space for a further ten or so staff in the near future.

Particularly quick to respond to the call, Alternativ was awarded the contract and work began back in June.

By the end of August, Howden Belgium was able to take possession of its new workspace and demonstrate its appreciation with some enthusiasm.

“Yes, we’ve received a huge amount of positive feedback about the job,” says Greet de Munter, Project Manager at Alternativ. “Although it was only a small worksite, the client nonetheless wanted to create a surprise effect. We handled everything, from making sure there was enough power in the kitchen, to installing mobile partitions. Better still, we delivered the project on time and provided the client with support and guidance throughout the whole process.”

Being conscious of the wellbeing of staff is an undeniable source of satisfaction and Howden Belgium did well to select its furniture from Steelcase.

“The client’s choice focused on a very efficient range of desks that incorporate clever technology while promoting wellbeing.”

Choosing high or low furnishings and partitions also made it possible to reconfigure the space with the forthcoming arrival of new staff members in mind.

“In the end, we were able to meet all of the client’s wishes,” adds Greet. “In face we also managed to come up with a (very) pleasant surprise, by delivering under budget. Yet another happy client!”

Discover all the pictures 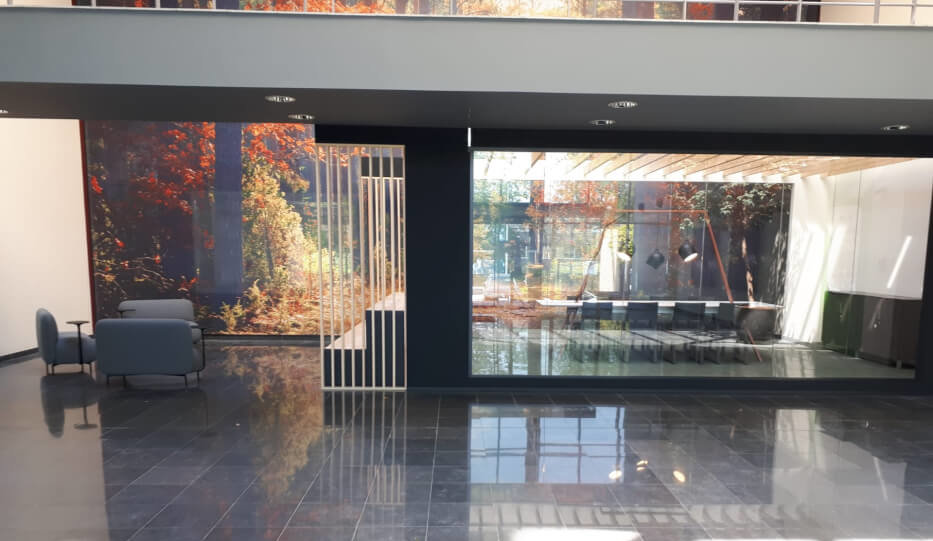 Growners: a modern vision of offices for the world of the future